Why does ATG Publish Two Books on China?

These are two very different books.

Manfred Meyer's Modern Chinese Maritime Forces (MCMF) is a naval reference book, in the same category as the Jane's series, or Combat Fleets of the World. It lists only ships in service, providing their particulars: dimensions, propulsion details, dates of construction, and so on. Most importantly, it provides drawings of those ships in constant scale, and covers not just the PLAN, but the Coast Guard, the Maritime Security Service, the Maritime Militia, and other state-controlled maritime organizations. Hence the "Maritime," as opposed to "Naval," in the title. Nobody, not even Jane's, lists all the paramilitary units, which are an important part of China's maritime footprint. Also, thanks to Herr Meyer's continued support, MCMF is updated quarterly, so it's much more current than any other publication.

China's Navy is a Harpoon V Data Annex that covers only the PLAN and the Coast Guard, but lists all vessels extant from 1955 to the current day. We don't pay a lot of attention to dimensions and such, but do provide the game-related data you need, i.e., damage points, combat system ratings, and so on. We also include tables for weapons and sensor characteristics, and in addition to ships, we cover aircraft and their systems, which MCMF does not.

Where data overlaps, e.g., displacement or speed, in general, the two books will usually agree, but we do not guarantee that. Manfred Meyer has his own sources and while we share information, he will sometimes differ in evaluating the often contradictory data. We deeply respect his skills, but reserve the right to have our data disagree with his. It doesn't happen a lot, but it could. 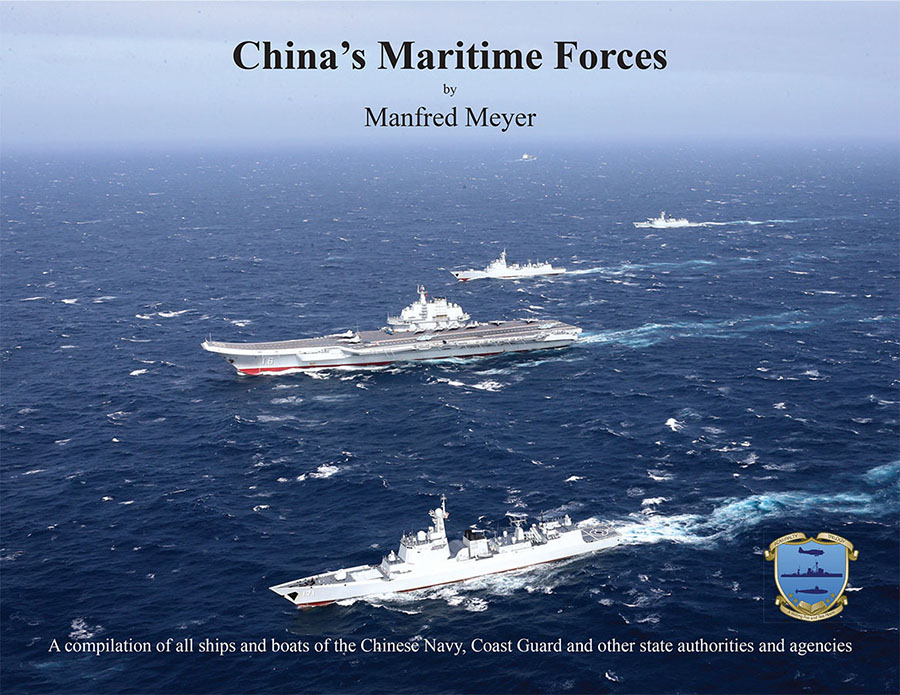 "This is a phenomenally thorough project, and I suspect it is both more complete and up to date than anything available to our armed forces at a classified or unclassified level. Herr Meyer's meticulous research and superb drafting skills have produced a reference resource of unparalleled usefulness for anyone needing a handy reference for China's vast naval and paranaval forces."
- A.D. Baker III, former editor of Combat Fleets of the World

"I think it is for the first time that such a nearly complete overview of the Chinese maritime services has been made available to the public. The Chinese navy has risen in twenty years from a regional outdated navy to one of the global players which cannot be overlooked by the other world and regional powers."
- Werner Globke, editor of Weyer's Warships

With over 570 high-quality drawings Modern Chinese Maritime Forces covers everything from aircraft carriers to buoy tenders, accompanied by detailed information on their characteristics. Additional supporting material includes theater navy assignments for individual ships as well as descriptions of the Chinese systems for hull numbers and equipment designations. This compact book has the most complete unclassified information on Chinese state-owned vessels available anywhere.

"This is a badly-needed book: an accessible, compact guide to the ships of the Chinese navy and its related paramilitary services. All of the ships are shown in very clear scaled drawings, which give a good sense of size and configuration. No other guide of this type exists. That makes this quite possibly the only good reference to the Chinese fleets. No one concerned with current naval affairs can afford to miss it."
- Dr. Norman Friedman, technical naval author

"I devoured this book. This is perhaps the most important and most comprehensive technical naval analysis book to appear in a generation. With the advent of Cold War II and the announced return to great power competition between the United States and the People's Republic of China, this book should be on the bookshelf of every serious U.S. Navy officer and naval analyst. It will be the standard reference."
- Captain Jerry Hendrix, USN (ret.), Center for a New American Security 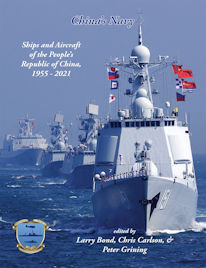 China's Navy is a Harpoon data annex developed to allow you to use Chinese Forces in your Harpoon V games. It provides all the game-related data you need, i.e., damage points, combat system ratings, and so on. We also include tables for weapons and sensor characteristics. In addition to ships, we cover aircraft and their systems.

China's Navy is available for purchase from (WargameVault). 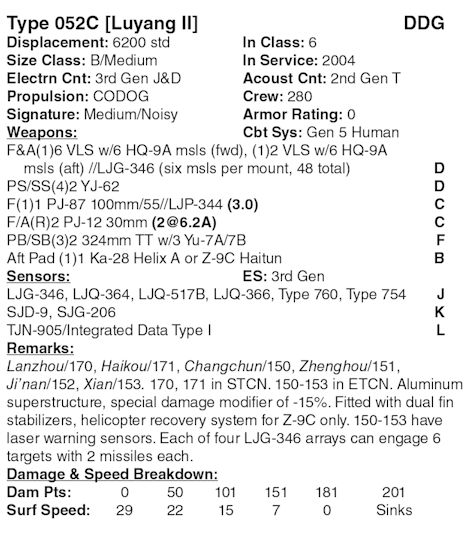